Therefore, if anyone is in Christ, he is a new creation.  The old has passed away; behold, the new has come.

Some years ago I had to return to my country due to the death of my father, and while there, I realized that everything in my life had taken on a new dimension.

In 2008, we were serving with my family in Portugal,  when suddenly we received the news that you never want to hear … “your father had a heart attack” … and within a few hours, Mr. Osmar Martínez, at 72 years of age, went to be with the Lord.

Our international mission did everything possible for me to be able to attend his burial, but with the combination of flights and the hasty situation, I did not make it.  I arrived to Buenos Aires on a very late flight, then drove the four hours to my parents’ house. My brother Marcelo was waiting for me while my mother slept.

We slept in the same beds we had slept in growing up in the same room we shared through our adolescence until we got married and left home.  We stayed up late that night remembering the good time with my father, our childhood, our adventures and how the Gospel had reached our family.  There is no doubt that we cried a lot and we laughed a lot until we fell asleep in those little beds that had were with us throughout our childhood.

My mother entered our room the following morning and as if time had stopped, she woke up her children with many tears, sobs and great anguish.  We embraced each other, strengthening our souls, taking a breath in that silence that is so long because there are no words, because you cannot explain the absence of a loved one, but “Blessed be the God and Father of our Lord Jesus Christ, who has blessed us in Christ with every spiritual blessing in the heavenly places”.  Ephesians 1:3

We got up from our beds and my mom took the time to tell me about our father’s last hours on earth.  We remembered him as we shared mate like good Argentines with cookies and tears of hope, knowing that this momentary pain would be for a short time until we see him again in heaven with Christ.

The next day, very early in the morning, I took a trip to the neighborhood where we were born.  After walking for several minutes I arrived at our first house.  I really needed to find something to help me make sense of my life, the place where the gospel was sown in my life, the neighbors who took it forward, the places where my childhood was forged.  Suddenly, when passing by that old house, I had the feeling that everything had shrunk – my neighbors’ fences, the doors of my house, the sidewalk where we played, the corners where we planned the great strategies of wars between cowboys and indians.  Everything, absolutely everything, had been reduced.

My life had taken on a new dimension.  It was there that I understood that the Gospel that came to my home through pious neighbors had projected us to the immeasurable, to a new life in Christ.

If anyone is in Christ, the old decreases and the new takes on a dimension that can only be experienced through the saving work of our Lord Jesus Christ.

A) The old decreases and passes…

Therefore, if anyone is in Christ, he is a new creation.  The old has passed away; behold, the new has come.

For a long time, for me, God was only a concept, something that had to do with a series of rituals, fulfillments and religious demands to atone for my guilt.  Nothing made sense, everything was just “things” for older people.  During my childhood and adolescence, it was very difficult for me to relate to a concept, until I met Christ and everything took on a new dimension that can only be explained by faith.

The apostle Paul, before his conversion, had this idea of ​​Christ as “that of the rabbinic mentality” (Gutiérrez).  Now he sees Christ as the Head of the new humanity, and the believers as members of that Head.  In this new vision, Paul does not exclude anyone from the novelty that the Work of Christ has inaugurated: Every human being potentially enters the orbit of redemption, therefore, the Gospel must be preached to every creature (Mark 16:15-16), not seeing people for what they are, but for what they can become in Christ.  The entire universe has its center in Christ (Ephesians 1:10).  Redemption takes on a “cosmic” character; Romans 8:19-22. “So that if anyone is in Christ, he is recreated. The old thing has passed!  The new thing has come!” (Francisco Lacueva)

I remember very well the moment of that transcendental decision in my life.  While attending a Word of Life camp in Argentina, the preacher, after sharing the Gospel of the good news said, “Jesus loves you!  Jesus loves you!”  I felt for the first time that someone had taken the burden for my sins.  I felt forgiven and clean.  I had conviction of peace because of the precious blood of Christ.  Everything had changed radically in my being that night.  The old things had passed away and the new thing had come.  And not only that, but now there was also a deep and inexplicable desire to know the author of that salvation.  Suddenly, the past became insignificant and the new took on a new dimension.

B) The new takes on a new dimension and stays…

The transformation carried out in the life of the sinner, who is now in Christ, is an example of a new creation. This “novelty” is seen both in its change of perspective in regard to others (verse 16), and in the change from a life centered on itself to a life of interest in others.  “But now you must put them all away: anger, wrath, malice, slander, and obscene talk from your mouth.  Do not lie to one another, seeing that you have put off the old self with its practices and have put on the new self, which is being renewed in knowledge after the image of its creator.  Here there is not Greek and Jew, circumcised and uncircumcised, barbarian, Scythian, slave, free; but Christ is all, and in all.  Put on then, as God’s chosen ones, holy and beloved, compassionate hearts, kindness, humility, meekness, and patience, bearing with one another and, if one has a complaint against another, forgiving each other; as the Lord has forgiven you, so you also must forgive.  And above all these put on love, which binds everything together in perfect harmony.  Colossians 3:8-14

It is interesting that in the beginnings of the church, the highest price a Christian faced to pay was to embrace a singular and exclusive faith in front of a giant like the Roman Empire with a pluralistic and liberal thought.  It was a generation of believers willing to give everything, an authentic leadership, based on the apostolic faith.  But I wonder, is this not what we live as a church today?  The answer is yes, of course.  We see how the church and the local leadership are facing a new “pluralist Roman empire”, which compared to the first century, the only  difference is that is has been modernized.

My greatest fear when I look at this new generation and  its leadership is that we are training believers adapted to the new empire, saturated with a number of liberal thoughts, where @trendingtopic is “feel and exist”.  Young people spend their days in our churches killing time until they grow up and then they continue dying spiritually … perhaps because they were never “SEASONED WITH THE GOSPEL OF CHRIST”.  They never enjoyed or experienced the new life that Jesus offers them.  They have simply lived on autopilot with their parent’s religion.

As A.T. Roberson says, “the new has come to stay”.  But there is a generation that goes away from our agapes and gets lost in this world because they were never born again.  They were never seasoned with eternal things.  They have spent their childhood and adolescence between the activities of the church and the practices made according to the stature and the size of each denomination.  Seriously!  We have bored them, thinking that having them in activities is synonymous with security.  They have grown older, and their autonomy TODAY is marked by a plural and liberal thought, which was never seasoned with the uniqueness of the Gospel for fear of losing them.  What a paradox!  When the new in Christ should have given their lives a new dimension, we only see that it has shrunk in terms of faith, and today in their adult lives, they are believers away from the Lord or simple Sunday attenders.

I would like to take you back in your thoughts to that unforgettable experience of the beginnings of your faith, as it happened in my own life.  Go back in you memories to the neighborhood where you were born, to see the fences, the doors, and the places that you visited in your childhood until the Gospel came into your life.  Now ask yourself right now, Can I say that, in Christ, my life has taken on a new dimension?  Can I identify something new and supernatural?  Are there others who can see it?  Am I known in my neighborhood as a person of a singular faith?

Perhaps it is time to ask ourselves if we are being too religious, so much so that the world cannot see Christ in our daily walk. 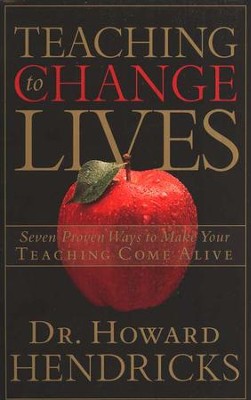 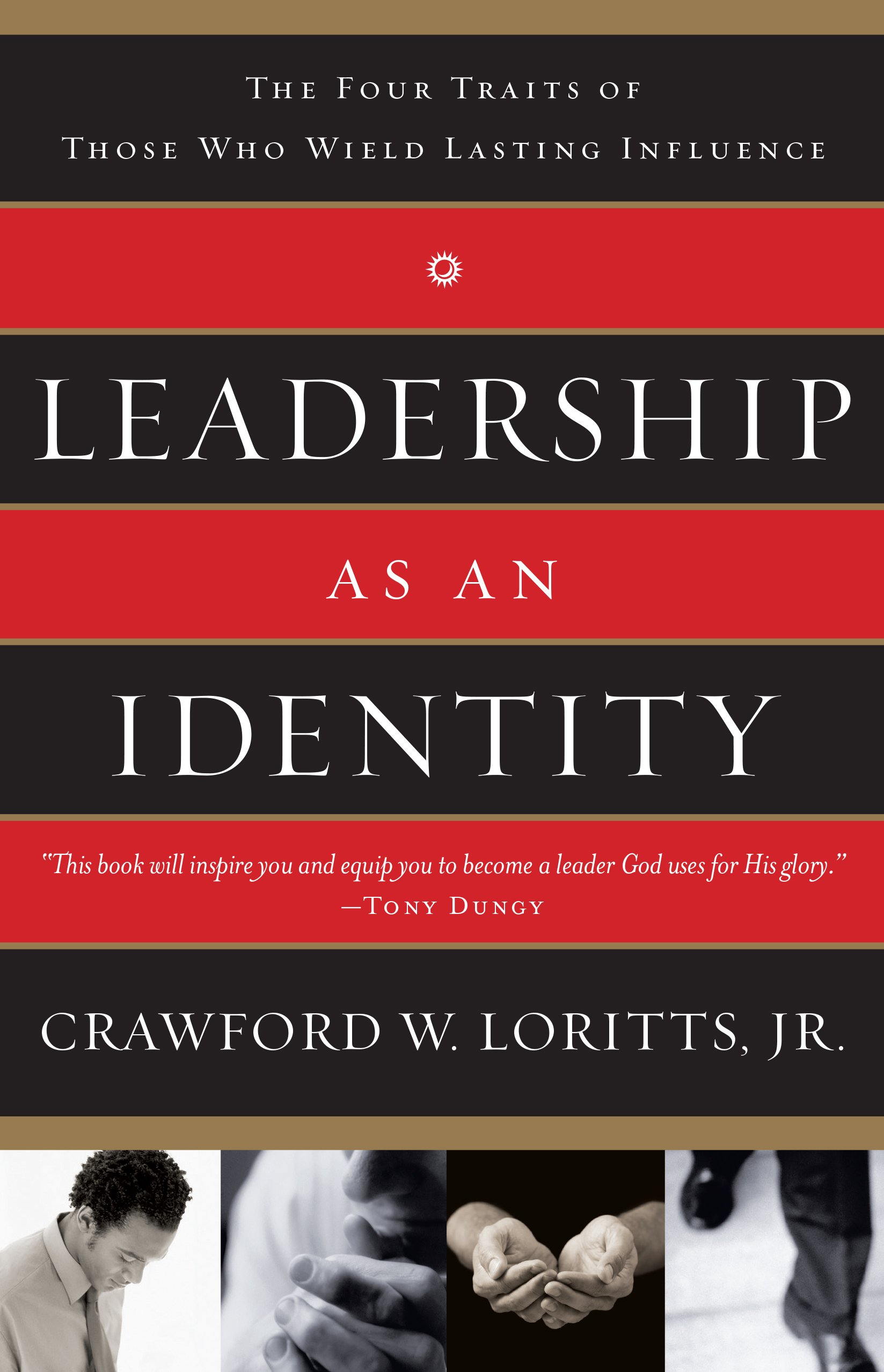